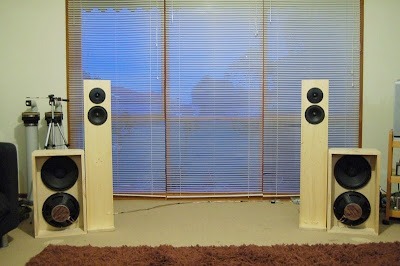 This build is to revisit the previous design which sounded most natural and smooth. So much that the further effort to obtain dipole bass quantity had to be scrapped.

Driver-baffle relationship is very important. If the inherent response is not smooth, no amount of EQ would result in natural sound.

The smoothness of this design can be summarised by differences of frequency response between on and off-axis measurements: 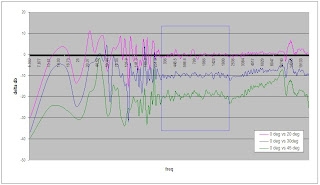 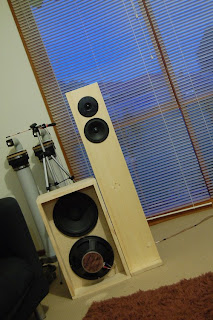 Normalised plot at 0 degrees, showing directivity pattern. Here we can see that the back to back dome tweeter is the achilles heel of such setup:

Update 8/6/2011
Completed S9R, an "R" or rigid-cone version of this project. Fountek FW146 + Vifa DQ25. The phase shield of the tweeter needs to be removed to avoid resonance and stored energy. 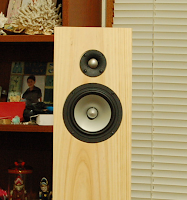 Non-normalised sonogram of S9R, 0 - 90° taken with 11° increments.
I moved these loudspeakers in to my future "audio room" here: http://www.youtube.com/watch?v=RnaTs8oK8tA.
The iPhone does not record bass well unfortunately.
8 comments: