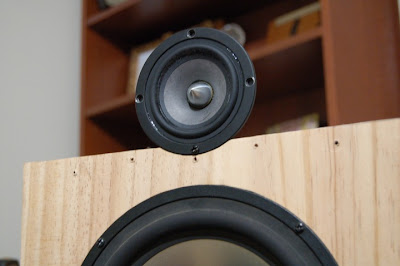 While the S16 provides smooth directivity, they are lacking rear radiation. In this iteration I want real dipole radiation front and back, and uniform to very high frequencies. This can only be done with extemely short front-to-back distance.

The directivity plot was measured indoor so there is room for improvement when I take it for outside measurement later.

These are respectable uniform dipolar radiation, impossible to achieve with traditional methods like back to back dome tweeters.

The tradeoff is high frequency resolution of the 3" fullrange drivers.
3 comments:

Social events are part of a hi-fi hobby and as an amateur enthusiast I had been very lucky to enjoy the company of friendly visitors and as a guest to others.


PSE-144 GTG - 27/9/2015
After hearing unity variants before (original unities, Yorkville) it's great to hear these PSE-144 from Red Spade Audio at Joz' house. I think they are the 'Ferraris of loudspeakers'. 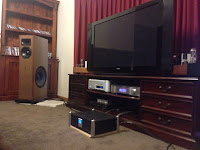 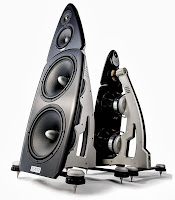 Great event, and even better than the last 2 year. Beautiful venue.
I was most impressed with the build of Kyron Kronos. Although acoustically it's not the latest generations of dipoles (like lx521, Nao Note) there was definitely nothing wrong with the sonics of these loudspeakers.

Matt's Hoyt-Bedrford - 22/7/2012
Had a great evening at Matt's listening to Hoyt-Bedford fullrange driven by valve amp and Kuzma + SOTA turntable. 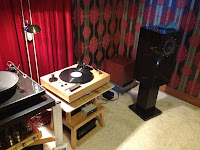 These are exceptional speakers. They actually managed to build Cardioid radiating speakers from 30 to 250hz. This is not an easy task.